Josh Barnett makes his long anticipated return to the UFC, following a eleven-year hiatus from the promotion, despite being considered a top 10 heavyweight since his departure. His last four fights have taken place under the Strikeforce banner, where Barnett amassed a 3-1 record with wins over Brett Rogers, Sergei Kharitonov, and Nandor Guelmino, while losing to Daniel Cormier in the Heavyweight Grand Prix final.

Twelve-year UFC veteran, Frank Mir once again finds himself at a crossroad of his career, losing his last two fights inside the octagon. Mir had a three-fight win streak snapped in May of last year, getting stopped by Junior Dos Santos in the second round at UFC 146. Most recently, he was outclassed by rising superstar Daniel Cormier, losing a unanimous decision at UFC on FOX 7. 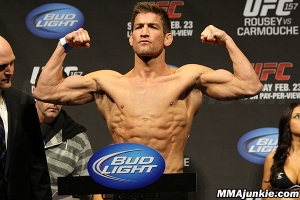 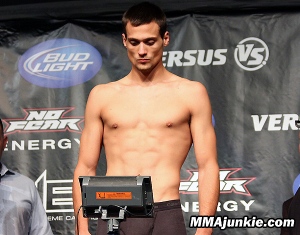 Sam Stout got his second win in three fights with a razor-thin and somewhat controversial split decision victory over Caros Fodor at UFC 157. Since January of 2012, Stout has traded win and losses, losing decisions to Thiago Tavares and John Makdessi, while earning a unanimous decision victory over rival Spencer Fisher at UFC on FX 4.

Since being released by the WEC in November of 2009, James Krause has gone 9-2 in the cage, including a current seven-fight winning streak. Most recently, Krause avenged a 2010 loss to Toby Imada, earning a unanimous decision win in the rematch at Resurrection Fighting Alliance 6. 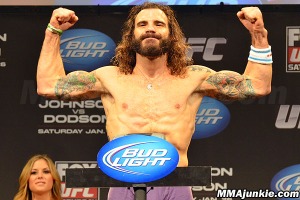 Chad Mendes won his third consecutive fight by first round knockout at UFC on FOX 7, finishing Darren Elkins in just a minute and eight seconds. He previously earned knockout victories over Cody McKenzie and Yaotzin Meza. One more victory in the octagon will likely earn Chad Mendes another shot at UFC gold.

Clay Guida snapped a two-fight losing streak with a controversial split decision victory over Hatsu Hioki at UFC on FOX 6. It was his first time in the 145-pound division after amassing a 9-7 record as a lightweight, including key victories over Rafael dos Anjos, Takanori Gomi, and Anthony Pettis.

Former UFC light heavyweight champion, Forrest Griffin announced his retirement from the sport in a special press conference following UFC 160. Lingering injuries that have forced him out of scheduled fights this past year, were the main reasoning behind his decision.

Griffin will always be known for making the UFC what it is today, thanks to his epic three round war with Stephan Bonnar at the first Ultimate Fighter finale back in April of 2005. He became the UFC 205-pound champion in July of 2008, after beating Quinton ‘Rampage’ Jackson by unanimous decision at UFC 86. Griffin would end up losing the belt to Rashad Evans in his first title defense, by third round TKO. Other notable wins in Forrest Griffin’s career include a submission victory over Mauricio ‘Shogun’ Rua and two decision wins over Tito Ortiz.

Forrest Griffin and Stephan Bonnar will be the next two inductees into the UFC Hall of Fame at the next UFC Fan Expo leading up to UFC 162 in July.