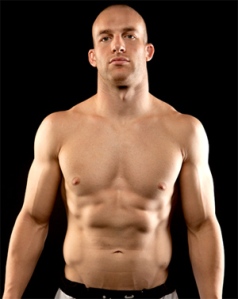 Former Olympic medalist, Daniel Cormier drops to the light heavyweight division for the first time after beginning his career a perfect 13-0 in the heavyweight division. He’s now 2-0 in the UFC since his transfer from Strikeforce, earning back-to-back decision wins over Frank Mir and Roy Nelson.

Light heavyweight prospect, Patrick Cummins brings a perfect 4-0 record with him into the octagon, with all four wins coming by stoppages (2 KO/TKO, 2 Submissions). He most recently defeated Willie Smalls by first round submission at a Sparta Combat League event in May of last year. 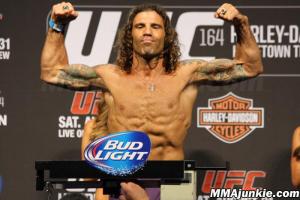 Clay Guida lost his third fight in four attempts at UFC 164, after suffering a third round knockout loss to Chad Mendes. His only win since June of 2011, was a controversial split decision win over Hatsu Hioki in January of last year.

Top ranked bantamweight, Aljamian Sterling, finally signs with the UFC following a perfect 8-0 record to begin his career. Notable victories include a decision win over flyweight prospect, Sean Santella at a CFFC 11, and a first round submission win over Joel Roberts last November.

Cody Gibson won his seventh straight fight in November of last year, earning a unanimous decision victory over Evan Esguerra at Tachi Palace 17. Other notable wins during the streak include a decision nod against Andrew Whitney and a first round submission win over WEC-veteran Chad George. 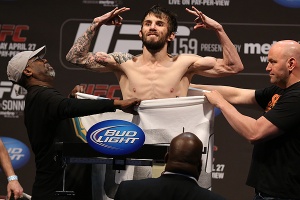 Rani Yahya returns to the bantamweight division after falling short in a hard-fought split decision defeat to Tom Niinimaki at the Ultimate Fighter 18 Finale. He had previously been on a three-fight win streak, which included a submission victory over Josh Grispi and decision wins over Mizuto Hirota and Josh Clopton.

Johnny Bedford suffered his first lost in the UFC at UFC 159 after being submitted by Bryan Caraway in the third round. He began his tenure in the UFC with back-to-back knockout victories over Louis Gaudinot and Marcos Vinicius. Injuries have kept Bedford out of action for the past year.

Legacy Fighting Championships heavyweight champion, Derrick Lewis gets a shot in the big leagues on the heels of a five-fight win streak. The most notable win during the streak was his upset victory over Jared Rosholt, winning by second round knockout at LFC 13.  Most recently, Lewis stopped Ricky Shivers in the third round via TKO earlier this year in March.

Jack ‘The Outlaw’ May brings an unbeaten record of 7-0 with him in to his UFC debut, most recently stopping Carl Seumanutafa with a first round TKO at Tachi Palace Fights 18. Six of his seven victories have come by stoppages, all by knockout. 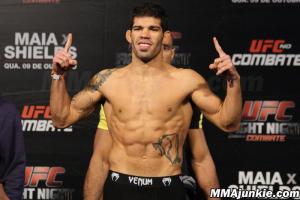 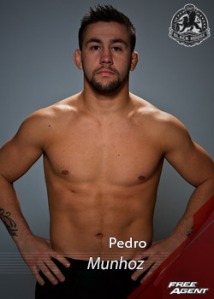 Raphael Assuncao may be a win or two away from a title shot following a razor-thin, somewhat controversial split decision win over TJ Dillashaw at UFC Fight Night 29. He’s now a perfect 5-0 as a bantamweight, including other key wins over Johnny Eduardo and Mike Easton.

Resurrection Fighting Alliance’s bantamweight champion, Pedro Munhoz, got the call from the UFC following his 41-second submission win over Billy Daniels at RFA 12. The win extended his record to a perfect 10-0 mark, including a split decision victory last August over UFC veteran, Jeff Curran.

Sarah Kaufman made her UFC debut in October, losing a razor-thin split decision to Jessica Eye at UFC 166, but it was recently overturned by the Texas Department of Licensing and Registration to a no contest following a positive drug test. Officially, she’s won three of her last four fights, including victories over Alexis Davis, Liz Carmouche, and Leslie Smith.

Women’s MMA pioneer, Shayna Baszler, will finally make her UFC debut, following an appearance on the 18th season of the Ultimate Fighter. On the show, Baszler was upset by eventual winner, Julianna Pena, in the quarterfinals by submission. Officially, she’s lost two out of her last three fight fights, last time out suffering a third round submission loss to Alexis Davis at Invicta FC 4. 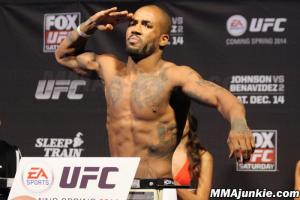 Jim Miller added a remarkable accomplishment to his resume at UFC 168, submitting Brazilian jiu-jitsu black belt, Fabricio Camoes in the first round with an armbar. It was officially his second win in a row, but Miller lost to Pat Healy last April, but the fight was later overturned to a no contest after Healy tested positive for marijuana in the post-fight drug tests.

Bobby Green moved to 3-0 in the UFC with another superb performance against Pat Healy, striking his way to a clear-cut unanimous decision at UFC on FOX 9. He’s currently on a seven fight win streak dating back to September of 2011, including stoppage victories over Jacob Volkmann and James Krause in the UFC. 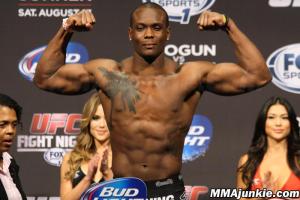 Since February of 2010, Ovince St Preux has amassed an impressive 11-1 record, including a current 2-0 streak in the UFC. He made his promotional debut at UFC 159, earning a technical decision victory against Gian Villante. Most recently, he knocked out Cody Donovan in stunning fashion last August at UFC Fight Night 26.

Nikita Krylov rebounded from an embarrassing loss in his UFC debut, with a stunning 25-second head kick knockout victory over Walt Harris at UFC on FOX 10. He made his promotional debut in August of last year, losing to Soa Palelei by third round knockout in one of the more awkward fights in UFC history. Krylov now drops to light heavyweight for the first time in his career.