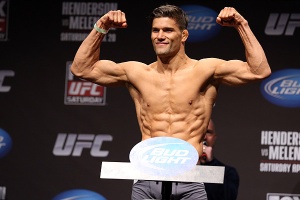 Anthony Pettis was nearly flawless at UFC 164, submitting Ben Henderson in the first round with an armbar to become the new UFC lightweight champion. After dropping a unanimous decision to Clay Guida in his UFC debut, Pettis has now won four-straight fights in the octagon, including knockout victories over Joe Lauzon and Donald Cerrone.

With TJ Grant still ailing from a concussion injury, Strikeforce transfer, Josh Thomson gets the opportunity of a lifetime, a shot at the UFC’s lightweight title. Thomson made his return to the UFC at UFC on FOX 7, stopping Nate Diaz in the second round via TKO. He’s won two of his last three fights, with his only defeat coming against former Strikeforce champion, Gilbert Melendez by a razor-thin split decision. 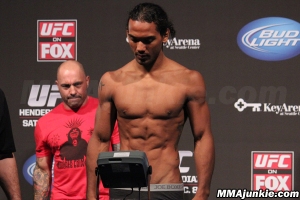 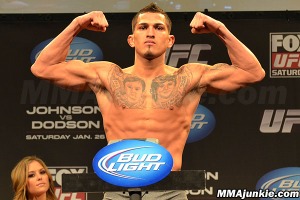 Benson Henderson can’t seem to escape controversy during his reign as UFC lightweight champion, this time winning another razor-thin split decision victory over Gilbert Melendez at UFC on FOX 7. Nevertheless, Henderson is a perfect 7-0 in the UFC, including victories over Frank Edgar, Nate Diaz, and Jim Miller.

Anthony Pettis has won his last three fights, since dropping a unanimous decision to Clay Guida in his UFC debut. Victories include a decision win over Jeremy Stephens and knockout wins over Joe Lauzon and Donald Cerrone.

Chan Sung Jung has also gone undefeated in the UFC since the merger, winning his first three fights in the octagon. In his debut, he avenged his highly controversial loss to Leonard Garcia with a second round twister submission victory. He has since earned back-to-back stoppage victories over Mark Hominick and Dustin Poirier.

Lightweight standout, Anthony Pettis wants a shot at UFC gold as soon as possible, so he’ll drop to featherweight for the first time in his career to face Jose Aldo. He’s won his last three fights, since dropping a unanimous decision to Clay Guida in his UFC debut. Victories include a decision win over Jeremy Stephens and knockout wins over Joe Lauzon and Donald Cerrone. 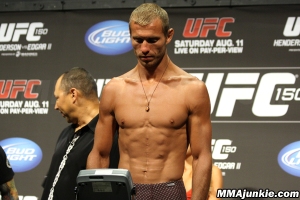 Donald Cerrone continued his tear through the UFC lightweight division since the WEC merger, with a highlight reel knockout of Melvin Guillard at UFC 150. The win was his second in a row since losing his first fight in the UFC to Nate Diaz by unanimous decision in December of last year.

A shoulder injury and staph infection has kept Anthony Pettis out of action since early in February of this year. He defeated Joe Lauzon via first round knockout at UFC 144. Pettis has won back-to-back fights since dropping a unanimous decision to Clay Guida in his UFC debut.