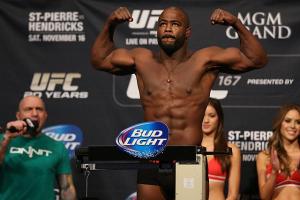 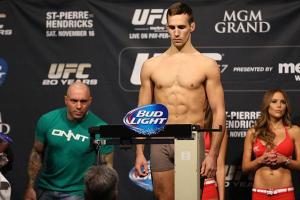 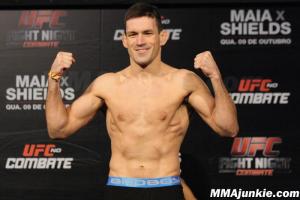 Rashad Evans looked to be back in championship form at UFC 167, stopping Chael Sonnen in the first round via TKO. The win was his second victory in a row, following his upset loss to Antonio Rogerio Nogueira in February. Evans got back on the winning track at UFC 161 when he earned a split decision win over Dan Henderson.

Former Olympic medalist, Daniel Cormier drops to the light heavyweight division for the first time after beginning his career a perfect 13-0 in the heavyweight division. He’s now 2-0 in the UFC since his transfer from Strikeforce, earning back-to-back decision wins over Frank Mir and Roy Nelson.

Rory MacDonald had a five-fight win streak come to an end at UFC 167, losing a split decision to Robbie Lawler. After losing his UFC debut to Carlos Condit back in June of 2010, MacDonald rattled off five-straight victories, including notable wins over Nate Diaz, BJ Penn, and Jake Ellenberger.

Demian Maia suffered his first loss as a welterweight against Jake Shields at UFC Fight Night 29, winding up on the losing side of a split decision. Maia dropped to the 170-pound division in July of last year and put his name in title contention, following three-straight wins over Dong Hyun Kim, Rick Story, and Jon Fitch. 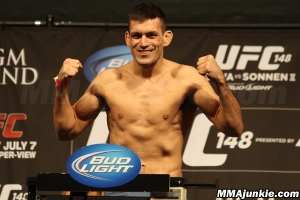 Jon Fitch earned his first win since August of 2010 when he defeated rising star Erick Silva by unanimous decision at UFC 153. With the victory, he rebounded from only his second loss in sixteen fights in the UFC, which was a surprising 12-second knockout loss by the hands of Johny Hendricks. Previous to that, Fitch fought to a controversial draw against BJ Penn, a fight many believe Fitch should have earned the win.

Demian Maia is 2-0 since dropping the welterweight division, after a 6-4 record in the 185-pound division. Most recently he easily dispatched of Rick Story with a neck crank submission in the first round at UFC 153. Maia also beat Dong Hyun Kim in just 47-seconds after Kim suffered a rib injury in a Maia take down attempt.