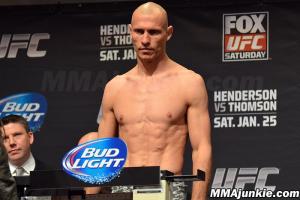 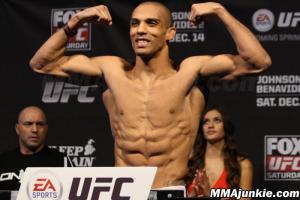 Donald Cerrone added to his highlight reel at UFC on FOX 10, knocking out Adriano Martins in the first round with a stunning head kick. He’s now won three of his last four fights, including a decision win over KJ Noons and a submission stoppage victory over Evan Dunham. His only loss since January of last year, was a decision loss to rising star, Rafael dos Anjos at UFC Fight Night 27.

Edson Barboza rebounded from a near TKO stoppage defeat, to win the next two rounds and the decision over Danny Castillo at UFC on FOX 9. He’s now currently on a three-fight win streak, also holding TKO victories over Lucas Martins and Rafaello Oliveira, after being upset by Jamie Varner in May of 2012.

Rustam Khabilov has sky-rocketed up the 155-pound ranks since joining the UFC in December of last year, thanks to an exciting fighting style and wins in all three fights with the promotion. He started with back-to-back knockout victories over Vinc Pichel and Yancey Medeiros, then made a big step up in competition and passed with a hard-fought unanimous decision over Jorge Masvidal at UFC Fight Night 31, 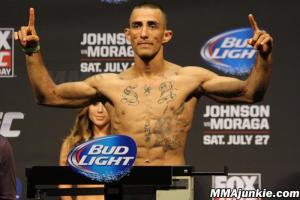 Donald Cerrone put together one his most impressive performances to date during his time in the UFC, with a second round submission victory over Evan Dunham at UFC 167. He’s traded wins and losses since August of 2011, earning wins over Melvin Guillard and KJ Noons, and suffering losses to Anthony Pettis and Rafael dos Anjos.

Strikeforce transfer, Adriano Martins looked terrific in his UFC debut, dominating Daron Cruickshank from the opening bell en route to a second round submission win at UFC Fight Night 32. He’s now won six-straight fights since September of 2011, all coming by stoppages except a unanimous decision victory over Jorge Gurgel in January.

MMA Lab product, Yaotzin Meza earned his first victory in the UFC in July, submitting John Albert in the second round at UFC on FOX 8. UFC debuts don’t get much tougher than what Meza had, facing the #2 featherweight in the world, Chad Mendes and ultimately lost by first round knockout. 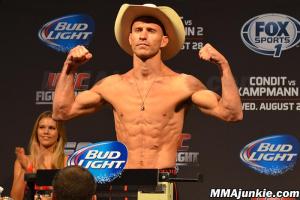 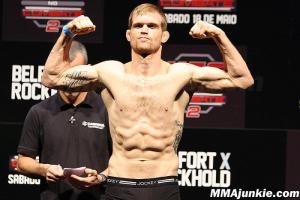 Donald Cerrone began his UFC career a perfect 4-0, but has gone just 3-3 since December of 2011. Wins during the streak, include decision victories over Jeremy Stephens and KJ Noons, and a stunning first round knockout of Melvin Guillard at UFC 150. Losses have been a unanimous decision defeat to Nate Diaz, a knockout loss to Anthony Pettis, and most recently another decision loss to Rafael dos Anjos.

Evan Dunham finds himself in a must-win situation to stay among the elite of the UFC’s lightweight roster, losing two of his last three fights in the cage. Since September of last year, he’s lost a one-sided decision to TJ Grant, defeated Gleison Tibau by split decision, and most recently dropped a hard-fought decision against Rafael dos Anjos at UFC on FX 8. 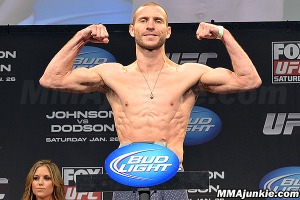 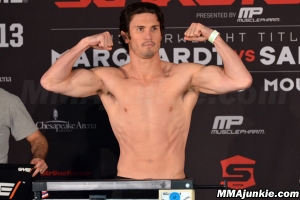 Donald Cerrone saw a two-fight win streak come to an end after suffering a first round knockout loss to Anthony Pettis at UFC on FOX 6.  He previously earned a unanimous decision victory over Jeremy Stephens, followed by a knockout win against Melvin Guillard.

KJ Noons will likely need a win to keep his job in the UFC, following four losses in his last five fights. He most recently loss a controversial split decision to Ryan Couture in his final fight with Strikeforce. Noons’ only win since August of 2010 was a unanimous decision victory over Billy Evangelista at Strikeforce: Melendez vs Masvidal.

Last time out, Ryan Bader broke the record for fastest submission victory in the UFC, stopping Vladimir Matyushenko just 50-seconds into the first round with a guillotine choke. He previously suffered a vicious knockout loss to Lyoto Machida at UFC on FOX 4, which ended a two-fight win streak over Jason Brilz and Quinton ‘Rampage’ Jackson.

Glover Teixeira continued his dominance in the light heavyweight division, earning his eighteenth consecutive victory inside the cage with a dominant unanimous decision victory over Quinton ‘Rampage’ Jackson at UFC on FOX 6. He’s now 3-0 in the UFC, including stoppage victories over Kyle Kingsbury and Fabio Maldonado.